Imec is the world-leading R&D and innovation hub in nanoelectronics and digital technologies. They called on The Learning Hub to assist their blended learning team ànd to collaborate on a project in cooperation with EIT Digital. This project’s aim was to create digital courses for the European consortium.

Why did Imec call on The Learning Hub?

Initially, Imec was only looking for a Project Manager to support the team that was responsible for developing the blended learning tracks, as part of the EIT Digital project. The goal was to identify all the subtasks and estimate the workload, to be able to draw up a project schedule. In reality, The Learning Hub took this to the next level. Apart from taking of the role of Project Manager, we also took on the role of Team Lead. We introduced a new general project approach (Stage Gated Approach) and were appointed SPOC in all communication with EIT Digital. 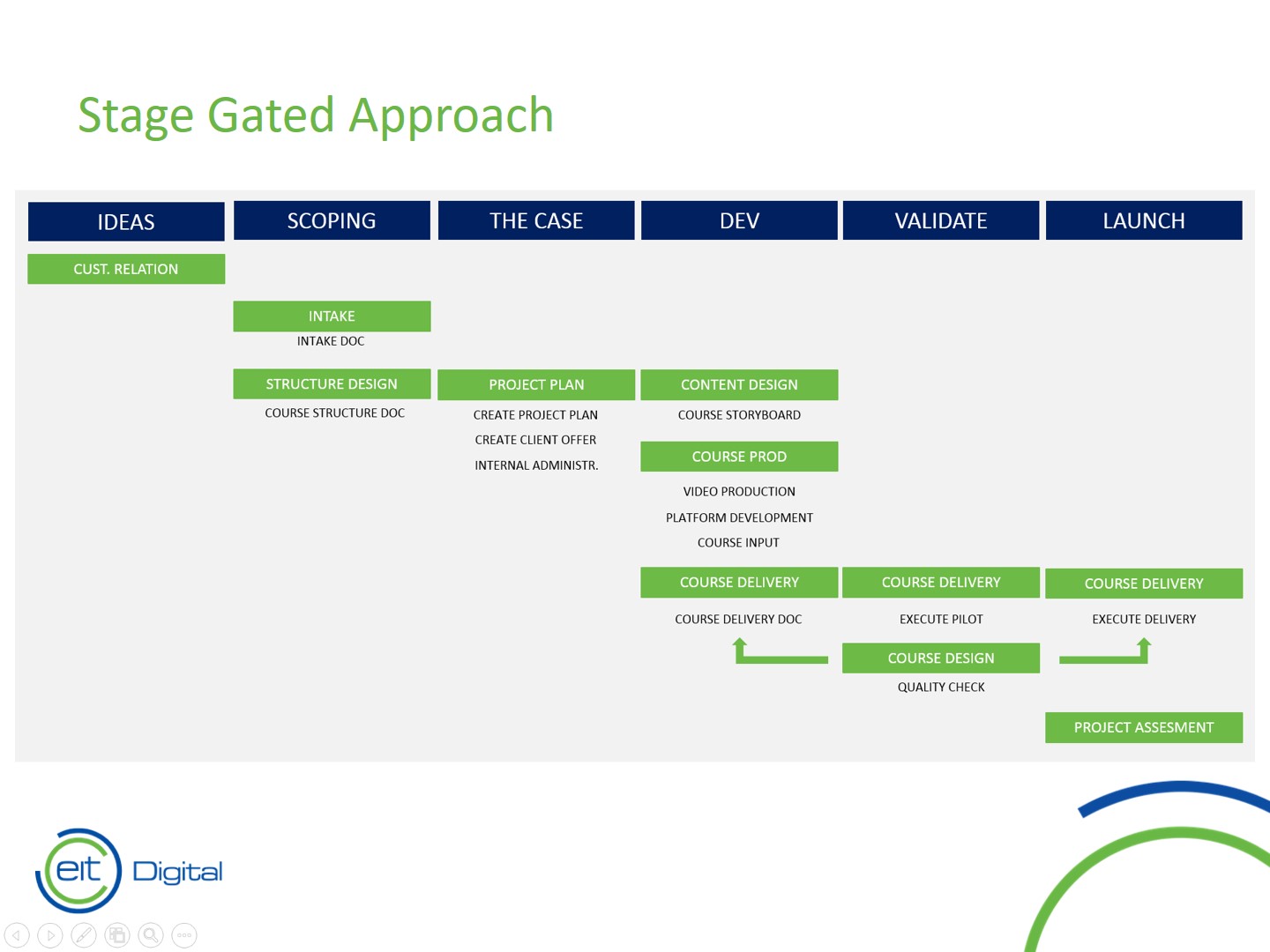 How did we do this?

The first few weeks, we interviewed all the team members extensively, and analysed their role, job and expectations in their current position. The Learning Hub optimised and implemented the new project approach, and contributed to the clarification of everyone’s role in the project team. We also developed and implemented several blended learning tracks together, and we considered ways to market these tracks.

By doing this, we created more structure and clarity within the team. Tasks were more precisely defined, and we delivered several finished products. Due to changes in strategy, EIT Digital and imec.academy decided to cancel the project a few months later.

Joke and Jeroen contributed tremendously to the success of imec.academy’s Blendify team. They brought with them a positive vibe, and managed to produce effective results in a complex context. Our experience with The Learning Hub, and with both consultants, is positive. In addition to their expertise in the field of digital learning itself, their efficiency, transparent communication, professionalism and dedication proved to be important assets.